1. It is(has been)estimated that the world's population could reach 6 billion by the end of the century.

2. It must be pointed out that it is one of our basic State policies to control population growth while raising the quality of the population.

3. Upon hearing the unexpected news，he was so surprised that he couldn't utter a word.

4. It's hard to say whether the plan is practicable.

5. It must be kept in mind that there is no secret of success but hard work.

6. As the saying goes，nothing in the world is difficult for one who sets his mind to it.

7. As is known man is the product of labour.

8. It can be seen from this that there is no difficulty in the world we can overcome.

9. It seems certain that they have made a series of experiments.

10. It must be admitted that you haven't done what you promised to do.

12. It is clear that the enemy has no desire for peace.

13. It is hard to imagine how Edison managed to work twenty hours each

14. There is no doubt that you will be helped by others if you have any difficulties.

15. It is said that bats have been using radar for millions of years.

16. To tell the truth，many mistakes we made could have been avoided.

17. As we know，it was not until recently that the problem was solved.

18. In my opinion，this computer is different from that one you saw.

19. All this shows that nothing can prevent us from reaching our aims.

20. As far as we know，it took him more than a year to write the book.

21. It has been proved that every substance，no matter what it is，made up of atoms.

29. It is true that we must redouble our efforts;otherwise we cannot catch up with the developed countries.

31. In a certain sense ， a successful scientist is a person who is never satisfied with what he has achieved.

32. It is a common saying that man who has a settled purpose will surely succeed.

33. The oceans do not so much divide the world as unite it.

34. It can be said that without knowledge of science and technology，it is impossible to build socialist modernizations.

35. There is no denying the fact that the new management method has greatly increased the production. 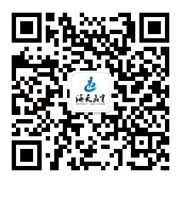